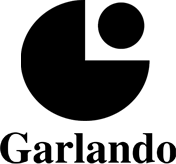 Garlando was founded officially in 1954 at Spinetta Marengo - a small village near Alessandria - by Renato Garlando, the father of the present managing director, already in the market for the production of various wood objects. An activity that he, in his turn, had inherited from his father.

Following the success of the football tables coming from France, Renato Garlando decides to try to produce them and the success his products has among the Italian public is so large as it was unexpected. The company has definitely put the basis for its future.

From now on, the company continuously grows. Foreign countries are added to the Italian market, overseas, to the United States, where the Garlando football tables have a real boom in the Seventies. The Piedmont company is now considered a world leader.

In the meanwhile, pool tables are started to be manufactured with the same success as football tables.

In the course of the Eighties, the current managing director, Giuseppe Garlando, takes the lead and, with his brother Marino, begins renovating the working procedures which, from still largely craftsmanlike, become industrialized and standardized.

In the same period the factory dimensions enlarge, the number of the employees increases, while they become more and more skilled, new computerized machineries are purchased to reach the outmost precision in the output, new foreign markets are open on which Garlando soon becomes a leader.

In the Nineties new steps on are taken while the turnover takes off, the North African and East Europe markets are added, the product range expands to meet the requirements of new segments of public.

To meet more and more urgent production requirements, late in 2002 the company leaves Spinetta Marengo to move to the much more modern premises at Pozzolo Formigaro, near Novi Ligure, a dozen kilometres from the old seat.

The company now covers a 10.000 square metres area, is equipped with the most modern machines to work the wood as well as to mould the plastic and employs over 60 people, both for the office and the factory. 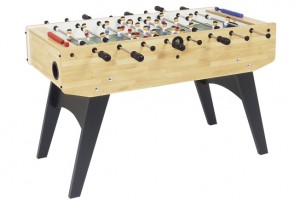 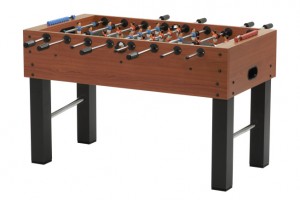 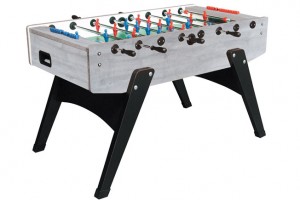 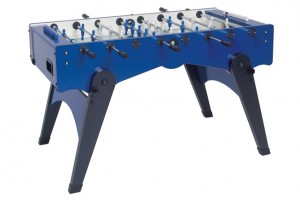 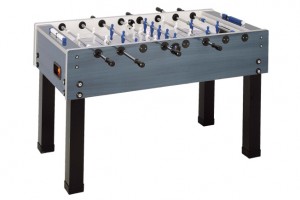 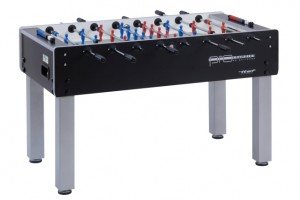 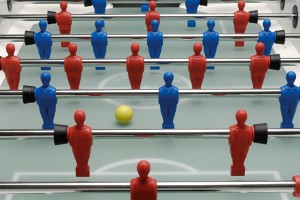 The pictures are an indication of Garlando products  -  for further information on prices and availability of specific models, please email us on help@iqpooltables.com.

We stock a full range of Garlando football tables, all with free delivery. Options include tables for family, competition or for leisure, schools & clubs.